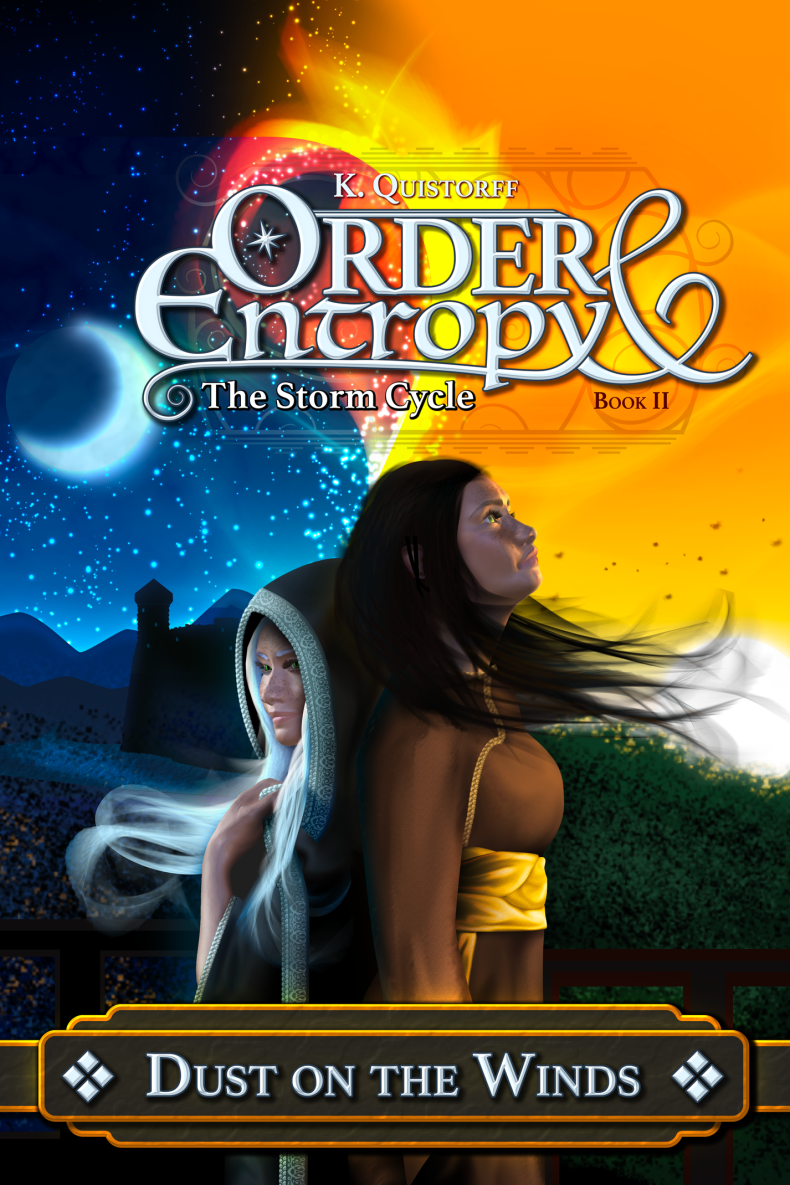 For those who believed themselves but consort to the hero,
only to find they might yet author their own fortune.

In the world of Thaea prophecy is rarely kind.  Even a rare glimpse of joyous days ahead can prove the undoing of the careless.  The gifted see not the destiny they will take, but threads of possible fates ever in motion.  In the fourteenth year of their lives the Ashton twins listened to haunting dreams, and ignored the words of a mad old woman.  They were told to, as children.  It cost them dearly, but what worse fate might have come, who can say.

The prodigious skills of battle mages are earned by future trials.  One mad plan to kill a feral dragon is not the sort of thing that etches a single face through the ages.  That has let countless prophets clear eyed and mad stare into the same emerald gaze.  Whatever price has already been paid, the prophecy of the Storm still lies ahead.  It is not kind.

If the Fates themselves are to be defied, it will take a will that could move worlds.  It will take powers that could upend the natural order.  It will cost far more that the price already paid.  For the mark that even dragons left on prophecy, pales, to the Child of the Storm.